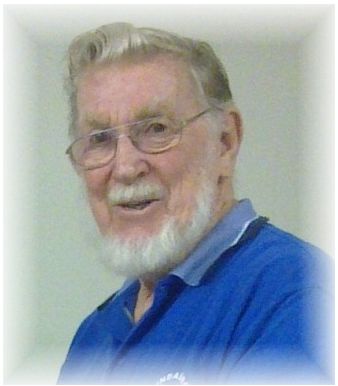 It 2020 the club lost a great supporter in VK4JM Rusty McGrath and the club offers our condolences to Jocelyn and Rusty's family.

His service, and friendship to the Bundaberg Amateur Radio Club will long be remembered.

It was Rusty who, together with a few other Amateurs, formed this club in September 1961, and he served as President in 1964 & 65.

His only break were the years 1965-75 when he worked tirelessly for local Scouts when his children were involved.

He was Secretary for many years, up until 2008 when he was elected President, and remained in that role until his retirement from active club duties in 2014.

In 2010 Rusty was honored by the Bundaberg Regional Council as Senior Citizen of the year.

A man who made a difference

As the Club's training officer he taught anyone who wanted to learn, from 15 year old kids to retired men and women who took up the hobby late in life.

In the role of Senior WIA Assessor, his team assessed candidates in the region, thus ensuring a new generation of Radio Amateurs.

Rusty taught new hams the time-honoured methods of antenna and equipment construction in club workshops and Amateur Radio is assured of a prosperous future because of the time and effort he gave.

Together with Joscelyn, VK4JJ, they supported radio club activities Australia-wide and brought back what they’ve learned at conventions to our members. He never stopped learning and sharing that knowledge with the club.

In his previous working life Rusty was an Electrician, employed for many years at the Bundaberg City council, and prior to that he was in the Merchant Navy.

He and Joscelyn weren't the the traditional elderly couple relaxing in their living rooms, rather they continued to backpack around many parts of the world preferring to stay at Youth Hostels and roaming at will.

He inspired and led from the front by being;

Group Leader and trainer of the WICEN Bundaberg volunteers

Assessor for the Wireless Institute of Australia (WIA) leading a local team conducting Examinations and assessments at all levels of Amateur Radio.

Facilitator with the Radio & Electronics School (www.radioelectronicschool.net) and trained candidates to Advanced standard

Hosted the Gin Gin scouts/cubs at his radio shack every October, as part of the Scouts JOTA activities.

Good Samaritan by leading a small group of hams to erect and/or repair antennas for older members who can no longer manage – he was often seen on someone’s roof wearing a climbing harness with antenna in hand.

He, together with VK4JJ, were the cunning Mr And Mrs Fox in the club's Radio Tracking Fox Hunts.

These links worked when uploaded, if you notice any failures we'd appreciated an email
Please tell the webmaster:

Our postal address is:
P.O. Box 129
Bundaberg QLD 4670
If your inquiry is of a general nature please email the Secretary:

Or click this link to see the club officebearers

If you have a link you wish to have displayed here please email the webmaster with details.
Please be mindful that sites must contain valuable resource material for our members.